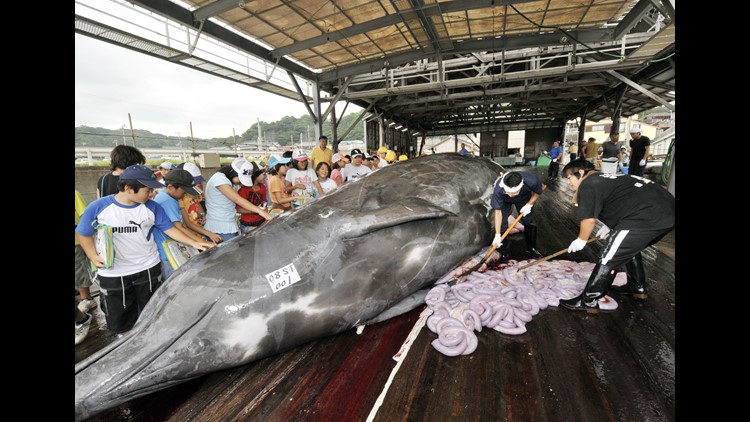 ‘Whales are global migrants,’ says Dr. Carrie Byron from the University of New England. Three species to be hunted in Japan have overlapping ranges in Maine.

BIDDEFORD, Maine — Some of the largest species on earth are back in the crosshairs. Japan announced it would return to commercial whale hunting in July 2019. The move, announced on Dec. 26, to leave the International Whaling Commission hasn’t been seen since the 1980s. A government spokesman said common ground couldn’t be found on a sustainable whaling solution. 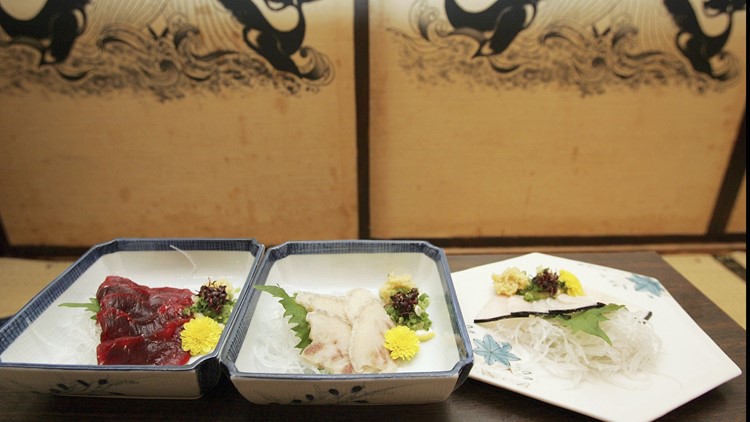 The future repercussions could have global impacts, including in Maine.

“Whales are global migrants, said Dr. Carrie Byron, an associate professor and marine ecologist from the University of New England. “They’re travelling everywhere, so we need to be concerned.”

Byron studies food grown in Maine, which include mussels, oysters, other shell fish and kelp, and its interactions with other species. She says whales play an important role in our ecosystem.

“Most of these great whales feed at depth, and they need to come to the surface to breath, and when they come up they are bringing nutrients with them,” said Byron. “Nutrients in our surface water of the oceans stimulate the growth of phytoplankton.”

Byrons says phytoplankton are responsible for producing half of the world’s oxygen.

According to the Whale and Dolphin Conservation – Japan intends on hunting Bryde’s, Sei and Minke whales. All three have overlapping ranges in Maine waters and could potentially affect Maine’s whale watching industry. “Maine relies on tourism and whales are a part of that,” said Byron.

Whale watching tourism brings in $100 million in New England, according to an article published in Boston Magazine in 2017. An International Fund for Animal Welfare study from 2008 says more than 13 million people went on whale watching tours in 119 countries worldwide the previous year, generating $2.1 billion in total expenditures.