As you know, Central Maine Power (CMP) and Hydro-Quebec have proposed a transmission corridor through western Maine, which would bring electricity from Canada to Massachusetts. Proponents of the corridor argue that the project will significantly reduce greenhouse gas emissions, but there are plenty of reasons to be skeptical about those claims. Dear friends and constituents,

Whether the CMP transmission corridor would result in actual greenhouse gas emissions reductions is the issue here, and is a question that must be answered.

I’ve submitted a bill, LD 640, which would require a study of how the corridor will impact greenhouse gas emissions across New England, New York, and eastern Canada. Would the CMP corridor result in new greenhouse gas emissions reductions that would not happen otherwise, or would Hydro-Quebec simply divert electricity to Massachusetts ratepayers who will pay more for it, with no new actual carbon pollution reductions?

Neither Hydro-Quebec nor CMP has been willing to provide the details about what generation sources would deliver power to Massachusetts, whether those sources currently serve other customers, or what type of generation likely would back-fill any power that’s diverted to Massachusetts. This is essential information that LD 640 would provide.

To me, this feels like trying to buy a car from a dealer who won’t let me take a close look under the hood. LD 640 will provide the study we need to determine what’s under the hood. We need to understand if the climate benefits would be real, because the impacts of the CMP corridor on Maine’s environment and landscape would be massive, and very real. This bill is now being worked in the Environment Committee.

In the Education Committee on Wednesday, we passed three bills to end child hunger: LD 359, 701, and 549. These bills would encourage schools to provide breakfast to students after the start of the school day, make it easier for families to apply for free and reduced-price breakfast and lunch for their children, and help fund these programs in our schools. Children who are hungry have a harder time learning, and I’m hopeful that these proposals will give every young person the chance to succeed.

The Energy, Utilities and Technology Committee has been considering important bills to promote renewable energy. The committee passed and the Legislature enacted a bill to restore “net metering” for the benefit of residential solar energy system users. Another proposal would eliminate the cap on the number of utility customers who can invest in and benefit from a community solar farm. I strongly support energy policies that will restore Maine’s leadership on solar energy.

Bills to address other pressing issues, from health care to student loans, plastic pollution to teacher pay, are being considered in various legislative committees. My work in the Education and Environment Committees is challenging, engaging, and rewarding. I’ll do my best to keep you up to date.

As always, if you have any questions or concerns, you can reach me at Brownie.Carson@legislature.maine.gov or (207) 287-1515. You can also follow me on Facebook here: https://www.facebook.com/BrownieForMaine/. I look forward to serving you in the coming year.

P.S. Do you know of young people who would be interested in spending a day in the Maine Senate? The honorary page program gives students an opportunity to participate in the Senate and interact with legislators. Honorary pages see what it is like to work on the floor of the Senate and be part of a legislative session. Pages perform such duties as delivering messages to senators and distributing amendments and supplements in the chamber. Students from third grade through high school are invited to serve in the Senate Chamber as honorary pages when the Senate is in session. To learn more about the program, call me at (207) 287-1515. On a different note, we’re also looking for more Mainers to sing the National Anthem for legislative sessions. If you or someone you know is interested, call the Office of the Secretary of the Senate at (207) 287-1540, and let them know you’re calling at my invitation.

On Friday, March 29, I joined fellow veterans in the Hall of Flags at the State House for Vietnam War Veterans Day. It was a meaningful ceremony, sponsored by the Maine Bureau of Veterans Services. There were remarks by Gov. Janet Mills and the Adjutant General Douglas Farnham, who I enjoyed speaking with after the ceremony. It was good to catch up with a number of old friends and discuss important legislation to address the needs of veterans across the state.

As the legislative session ramps up, some surprising proposals bubble up. But should they all be taken seriously? And Sen. Susan Collins’ fundraising shows the campaign season never ends.

Phil Harriman and John Richardson are skeptical about a bill proposed last week that would force a consumer takeover of Central Maine Power and Emera Maine, two companies with a combined worth estimated at $4 billion.

Former Speaker of the House John Richardson acknowledges that “CMP has some serious customer relations problems, and that in my opinion is what’s driving this bill. Does this bill have a reasonable chance of getting through? Of course not.”

Phil Harriman, a former state senator, feels “This is not this is not the direction the Maine Legislature should be going, which says to private business, ‘we don’t like the way you’re  doing business, so we are going to take over your business.’ I don’t think that’s going to work.”

They also discuss a proposal that was floated and quickly withdrawn that would have required Mainers to buy snow tires for their vehicles. Our analysts believe this sort of bill points out a chronic problem for the Maine Legislature. A couple of thousand bills are introduced at the start of each session.

Says Harriman, “Every legislator has the right during ‘open season’ to put in any bill of any type that they want. And this is why you see bills like this being introduced. They’re not going anywhere, and it makes fodder for those who want to criticize the way government operates.” 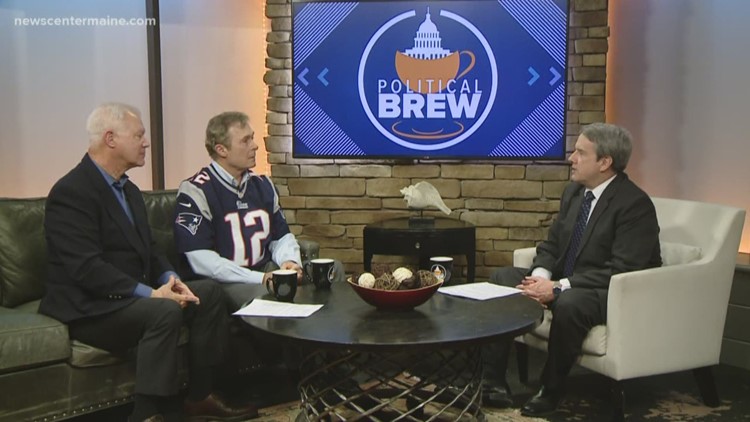 And Richardson says “When these kinds of bills come forward it makes a mockery of the legislature. What happens unfortunately, is that everybody is tainted with ‘what are you trying to do? Force us to buy snow tires?'”

Campaign finance reports this past week revealed that Sen. Susan Collins (R-Maine)  brought in $1.8 million in the last quarter of 2018, following her vote to confirm Supreme Court Justice Brett Kavanaugh.

John Richardson says that controversial vote was good politics for Collins, at least outside of Maine. “I think that’s where she’s gaining and will gain most of the money she raises for the next election. She could raise more than $10 million for the 2020 race.”

Harriman says this is a sign that “This is what politics has become today. Campaigns never end. We don’t put our party affiliation aside and operate as Americans or Mainers anymore, it’s all about the election.”