The Duke of York should apologise for his friendship with Jeffrey Epstein, a lawyer for the convicted sex offender’s accusers has said.

He called Prince Andrew’s interview with BBC Newsnight on Saturday “sad” and “depressing”.

The prince has stood by his decision to take part, despite critics describing it as a “car crash”.

Amid the backlash, Prince Andrew is now facing renewed calls to tell US authorities about his friendship with US financier Epstein – who, at the age of 66, took his own life while awaiting trial on sex-trafficking charges in the US.

The duke has been facing questions over his ties to Epstein for several years.

On Monday, Mr Kuvin told the Today programme: “It was depressing that he [Prince Andrew] really did not acknowledge the breadth of his friendship with this despicable man and apologise.

“The mere fact that he was friends with a convicted sex offender and chose to continue his relationship with him – it just shows a lack of acknowledgement of the breadth of what this man [Epstein] did to these girls.”

In the interview with Newsnight, Prince Andrew – the Queen’s third child – said he never suspected Epstein’s criminal behaviour during visits to his three homes.

But Mr Kuvin said he did “not think there was any way” the prince could have avoided seeing what was going on, “with young girls being shuttled in and out of those homes”.

It has led to questions about the role Epstein’s former girlfriend, Ghislaine Maxwell, may have played in procuring underage girls for the financier.

Lawyer Lisa Bloom – who represents five other Epstein accusers – joined the calls for Prince Andrew to be interviewed by US authorities following his BBC interview.

She told the BBC’s Victoria Derbyshire programme: “I think he’s made things worse for himself in this interview and I think it’s more likely the authorities are going to want to speak to him now – and they should want to.”

Gloria Allred – another lawyer, also representing one of Epstein’s accusers – told ITV’s Good Morning Britain: “Now he’s been in the court of public opinion, he should testify to the FBI.”

She said she did not know how the prince “could have not known that there were underage girls” present during his visits to Epstein’s homes in New York, Palm Beach and the Virgin Islands.

Meanwhile, Labour’s shadow trade secretary, Barry Gardiner, said Prince Andrew should do whatever he can to help Epstein’s victims.

He said: “By saying what he knows of the time that he spent with his former friend, can only be the right thing to do.”

In the Newsnight interview, Prince Andrew said he will testify under oath “if push came to shove” and his lawyers advised him to.

It comes as the prince continues to face heavy criticism for the interview, which many royal commentators branded a PR disaster.

University of Huddersfield students will discuss a motion to put pressure on the duke to resign as chancellor later. In response, the university said Prince Andrew’s “enthusiasm for innovation and entrepreneurship is a natural fit” with its work.

In his BBC interview, Prince Andrew “categorically” denied having any sexual contact with Virginia Giuffre, known at the time as Virginia Roberts.

The first occasion, she said, took place when she was aged 17.

People close to Prince Andrew said he wanted to address the issues head-on and did so with “honesty and humility” in speaking to Newsnight.

In a lengthy interview, which UK viewers can watch in full on BBC iPlayer or on YouTube elsewhere in the world, the prince said that: 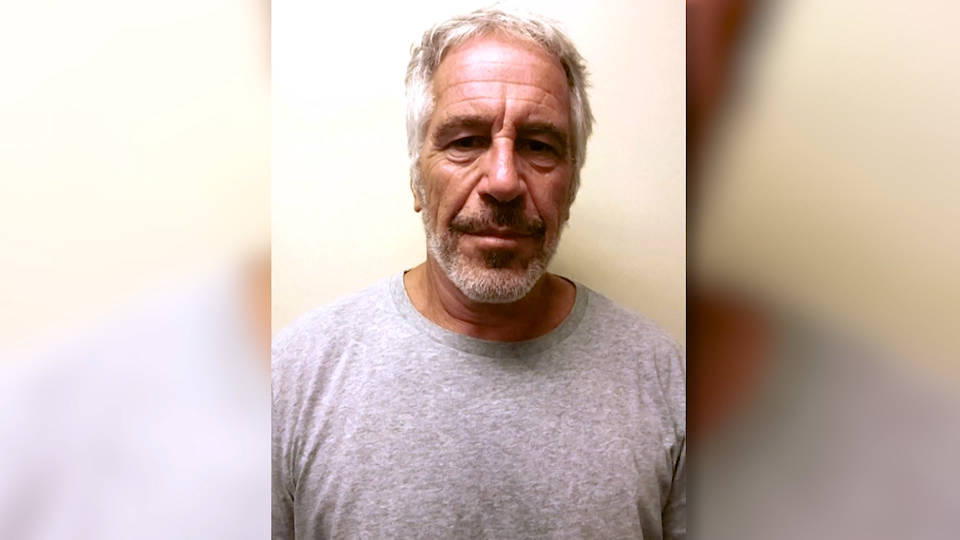 A forensic pathologist hired by the brother of Jeffrey Epstein says the injuries that killed the multimillionaire sex abuser were consistent with strangulation — not a death by suicide, as a New York medical examiner reported. Dr. Michael Baden says a broken bone in Epstein’s neck is “extremely unusual in suicidal hangings and could occur much more commonly in homicidal strangulation.” Epstein was found dead in his Manhattan jail cell in August as he awaited trial on federal sex trafficking charges. Epstein once counted President Trump and former President Bill Clinton among his high-profile friends.

Federal authorities will investigate how Jeffrey Epstein, a well-connected financier accused of orchestrating a sex trafficking ring that preyed on underage girls, was able to apparently commit suicide in federal custody, the United States attorney general has said.

The FBI and the Department of Justice’s inspector general’s office will conduct the investigation, US Attorney General William Barr said, hours after Epstein was found unresponsive in the Metropolitan Correctional Centre in Manhattan on Saturday.

Barr said he was “appalled” that the apparent suicide happened while Epstein was in federal custody on charges of sex trafficking and conspiracy.

“Mr. Epstein’s death raises serious questions that must be answered,” he said in a statement.

The investigation into the sex trafficking and conspiracy charges against the 66-year-old will continue despite his death, the federal attorney in charge of the probe also said on Saturday.

The inquiry could still ensnare others involved in the alleged crime, the official said.

The suicide has raised questions over prison authorities’ oversight of Epstein, who had been kept in a special area reserved for high-profile inmates.

Epstein had been placed on suicide watch and given daily psychiatric evaluations after an incident in July in which he was found with bruising on his neck, according to local media. It had not been confirmed whether the injury was self-inflicted or the result of an assault.

He was taken off the watch at the end of July and was not being monitored at the time of his death, the reports said.

Authorities took Epstein into custody on July 6 and he pleaded not guilty to charges of sex trafficking that allegedly ensnared dozens of underage girls, some as young as 14.

The alleged offences took place in his homes in Manhattan, New York and Palm Beach, Florida, between 2002 and 2005, according to prosecutors. If convicted, he faced up to 45 years in prison.

Epstein had previously lived a lavish lifestyle, often socialising with powerful people, including princes and US presidents. His arrest had put a spotlight on those relationships.

His most recent arrest also drew scrutiny to a 2008 deal that allowed Epstein to plead guilty to soliciting a minor for prostitution in Florida, while avoiding more serious federal charges.

The outcry led Alex Acosta, the then-US labour secretary who as a federal prosecutor helped Epstein negotiate the deal, to resign.

Accusers and elected officials expressed dismay that Epstein’s suicide allowed him to escape justice. They hoped the investigation would capture others involved in the alleged crimes.

Virginia Giuffre, an Epstein accuser who had filed a since-settled lawsuit against the financier’s former girlfriend, told the New York Times she was grateful Epstein will never harm anyone again, but was angry that there would be no chance to see him answer for his conduct.

“We’ve worked so hard to get here, and he stole that from us,” she told the newspaper.

Accuser Jennifer Araoz, in a statement, said that Epstein’s alleged victims will “have to live with the scars of his actions for the rest of our lives”.

Brad Edwards, a Florida lawyer for nearly two dozen other accusers, said that “this is not the ending anyone was looking for”.

“The victims deserved to see Epstein held accountable, and he owed it to everyone he hurt to accept responsibility for all of the pain he caused,” Edwards said in a statement.

Nebraska Senator Ben Sasse, a Republican member of the Senate Judiciary Committee, in a letter to Barr on Saturday, said that “heads must roll” after the incident.

“Every single person in the Justice Department … knew that this man was a suicide risk, and that his dark secrets couldn’t be allowed to die with him,” Sasse wrote.