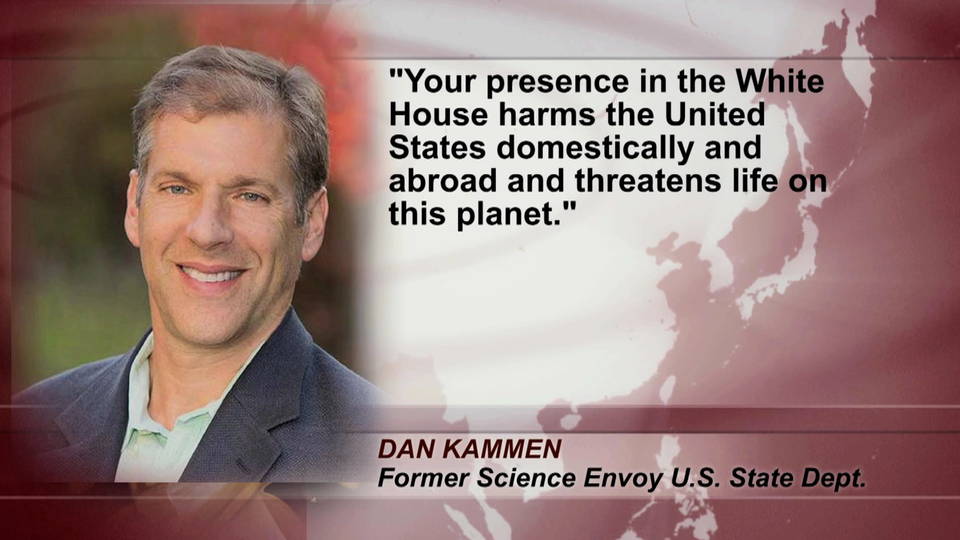 The science envoy for the U.S. State Department Dan Kammen has resigned in protest of President Trump’s refusal to quickly condemn the deadly white supremacist violence in Charlottesville, Virginia, earlier this month. In his resignation letter, Kammen writes, “Your presence in the White House harms the United States domestically and abroad and threatens life on this planet.” The first letter of each paragraph of his resignation letter spells out the word: Impeach. This is now-resigned science envoy Dan Kammen, speaking to Democracy Now! during the 2016 climate change conference in Marrakesh, Morocco, just after president Trump was elected.

Dan Kammen: “To be a climate denier in 2016 is to simply ignore science. A businessman is supposed to be flexible and thoughtful about opportunity. Clean energy is an economic boom, and it’s a boom for equity around the planet. And to turn your back on that is to put ideology over simple, good clean energy business and clean energy jobs.” 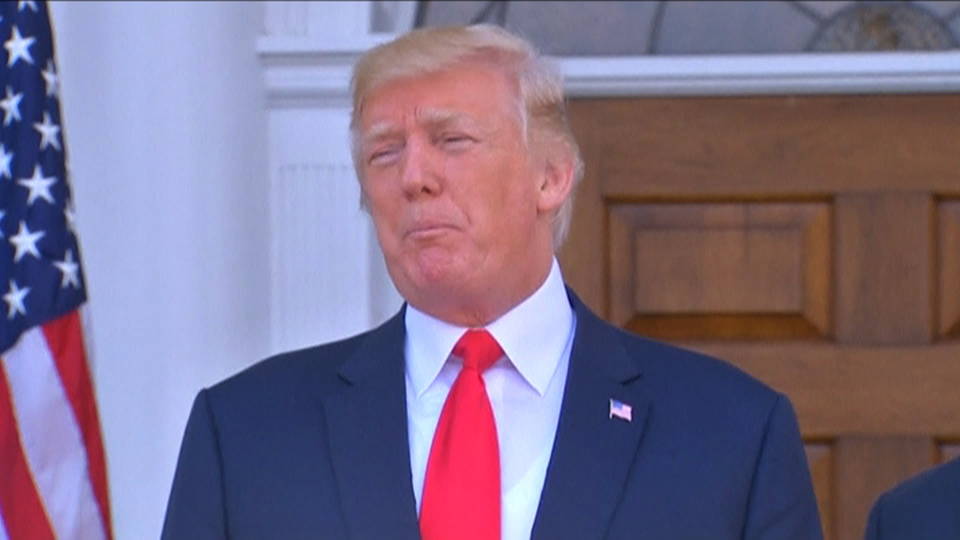 Returning to our top story, President Trump on Thursday ramped up his threats of hitting North Korea with “fire and fury,” saying if the North were to carry out an attack on Guam, the U.S. would retaliate with military action, “the likes of which nobody has seen before.” This is President Trump speaking to reporters from inside his private golf resort in Bedminster, New Jersey.

President Donald Trump: “And I think they—it’s the first time they’ve heard it like they heard it. And frankly, the people that were questioning that statement—was it too tough? Maybe it wasn’t tough enough. They’ve been doing this to our country for a long time, for many years, and it’s about time that somebody stuck up for the people of this country and for the people of other countries.”

North Korea responded in a statement calling Trump a “senile man who can’t think rationally.” The North also detailed its threat to strike Guam, saying it would launch four intermediate-range missiles into the waters off the U.S. territory.