As the United States becomes increasingly diverse, the presidential nomination process remains heavily weighted by two states that are among the whitest in the nation: Iowa and New Hampshire. Candidates, in some cases, spend more than a year making frequent, extended campaign swings through both Iowa and New Hampshire, which, critics say, gives the concerns of the first states a disproportionate impact on the agenda for the entire race. During the first-ever Presidential Forum on Environmental Justice earlier this month in South Carolina, Senator Elizabeth Warren refused to criticize the primary schedule, saying, “I’m just a player in the game on this one.” Fellow 2020 presidential contender Julián Castro, however, has been a vocal critic of the existing system, noting that the demographics of the country have shifted significantly in the last several decades. “I don’t believe that forever we should be married to Iowa and New Hampshire going first,” he told MSNBC last week.

MONTPELIER, Vt.  —Rep. Chellie Pingree, D-Maine, joined members of Congress from Vermont and New Hampshire in questioning Customs and Border Protection about temporary highway checkpoints that are set up away from the Canadian border.

In a letter to Acting CBP Commissioner Mark Morgan dated Wednesday, the lawmakers including both senators from New Hampshire and Vermont asked whether the lack of arrests from the random stops justifies what they called the harmful economic impact.

The lawmakers specifically cited a June checkpoint on Interstate 93 near Woodstock, New Hampshire, that resulted in no arrests, but caused severe traffic congestion.

They also asked about four checkpoints in South Hero, Vermont, that stopped 4,200 vehicles and resulted in one arrest for a visa overstay.

Federal law allows CBP to conduct the checkpoints within 100 miles of the international border.

CBP spokesman Michael McCarthy said the agency would respond directly to the members of Congress.

New Hampshire’s first-in-the-nation presidential primary could be decided by ranked-choice voting next year if Rep. Read’s bill is favored.

Maine politicians often say we should copy the no tax policies of New Hampshire. Now some in the Granite State say they should copy Maine — by switching to ranked-choice voting.

A New Hampshire legislative committee on Wednesday heard arguments in favor of switching to a ranked-choice system. Democratic Rep. Ellen Read, who is sponsoring the bill, says no one spoke against it during the hearing, although she expects there will be opposition.

A similar bill was defeated last year, but Rep. Read says support for ranked-choice has increased after people saw how it worked in Maine.

Read says her bill would have ranked-choice voting used for next year’s presidential primary, and then for other state elections starting in 2022.

Newport Police Chief Jim Burroughs tells the Valley News the girl may have left the house overnight Monday and then couldn’t get back in. He said the death is not suspicious and “appears to be a bad accident.”

NEWPORT, N.H. — Police in New Hampshire are investigating the death of a 2 ½-year-old girl found outside of a house in bitterly cold weather.

Newport Police Chief Jim Burroughs tells the Valley News the girl may have left the house overnight Monday and then couldn’t get back in. He said the death is not suspicious and “appears to be a bad accident.”

The Valley News reports a neighbor said he woke up around 4 a.m. Monday to the sound of a child crying but couldn’t see anything. He said he and his girlfriend found the girl at about 7 a.m. at the bottom of a set of stairs off a screened-in porch in a back apartment of the house.

Temperatures were below zero degrees Fahrenheit (minus 18 Celsius) overnight. 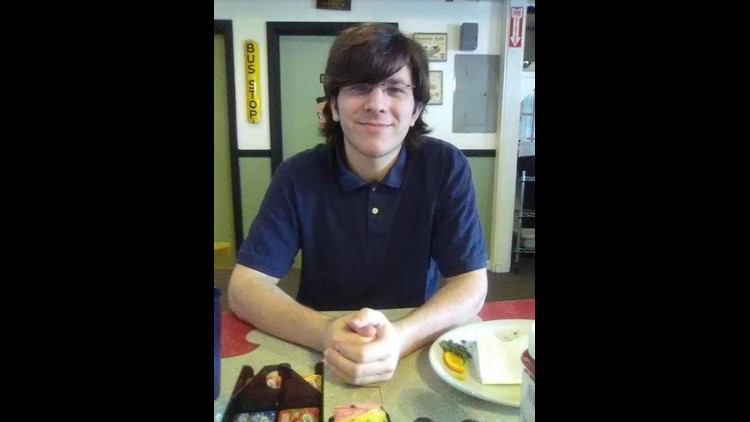 Police said Jarvis’ family reported him missing. Police need to speak with anyone who has had contact with him since April of 2018.

Missing Person: Has anyone seen Timothy Jarvis? He is a 22 year old man that has been reported missing by his parents. We are looking to talk to anyone who has seen or had contact with him since April of 2018. If you have seen Timothy or been in contact with him since April, or have any information about his whereabouts please contact Detective Frye or Officer Shoer at the Farmington Police Department: 603-755-2731 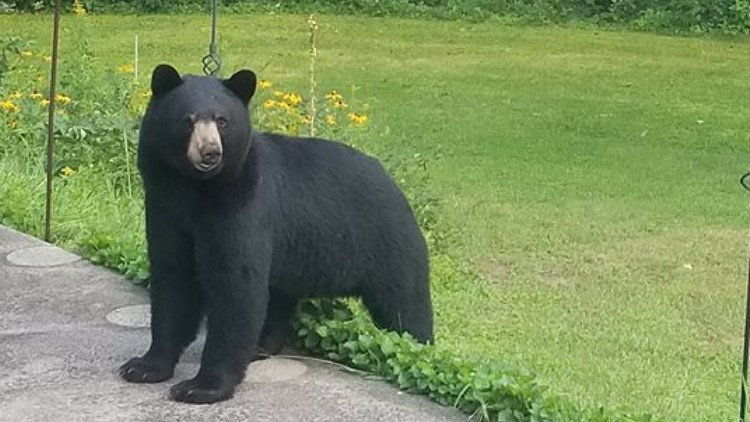 The Northeast is home to a growing numbers of black bears, with Maine’s population of nearly 35,000 among the largest in the country.

CONCORD, N.H. — New Hampshire saw a surge in conflicts between bears and humans this past year, as a shortage of food drove the animals to raid bird feeders and garbage dumps more frequently.

The New Hampshire Fish and Game Department’s Bear Project Leader Andrew Timmons said Monday that there were around 800 reports of bear-human conflicts in 2018 compared to only 410 for 2017. There also was an increase in bear killings by the state and residents, both of which are legal.

“This is very much of what we see on really bad food years,” Timmons said. “When there is not food in the woods, this is what happens. If you look over our data over time, we’ve seen it happen … About every eight to 10 years, we get these years where there is not adequate food for bears. When that happens, those animals supplement their diets in and around people’s yards.”

The Northeast is home to a growing numbers of black bears, with Maine’s population of nearly 35,000 among the largest in the country. Vermont and New Hampshire are also seeing their populations rise.

The state killed eight nuisance bears compared to two in 2017 and residents killed 24, up from 14. While Timmons said that was a relative low number considering how many conflicts there were with humans, he acknowledged he would love to see no bear killings.

“In the best world, we would keep it to zero,” he said. “But there is a state law that allows people to protect their property. Some people are quick to utilize the state law. Others are more open to allowing us to work with them to mitigate and come up with a nonlethal resolution to these conflicts.”

Among the high profile killings this year were two bear cubs shot dead near an apartment complex in Manchester. State officials said the bears were killed because they were about to run across a busy roadway and posed a threat to motorists. Some residents complained the shooting was too close to homes.

Others were killed after they entered homes, a campground and after one killed a goat.

On top of the conflicts, Timmons said they saw a record high number of abandoned bear cubs — 55 in 2018 compared to 14 last year. Many of those young bears were brought to the state’s only rehabilitation facility in Lyme between September 26 and December 8. Many were only 10 to 15 pounds, compared to 40 pounds in a year when there were plenty of acorns, beach nuts and other forest foods for the bears.

Again, it relates to food.

There was a boon in forest foods in 2017, which led to a baby boom in 2018 with litters of two or three bears. But with so many mouths to feed and little food, some mothers abandoned their cubs. Other female bears were killed by hunters or hit by cars as they went further afield in search of food, leaving the cubs on their own.

“If females can’t produce adequate milk to support those cubs, sometimes the cubs get abandoned,” Timmons said. “The bottom line is that a lot of cubs were orphaned this year at a much higher rate than we have ever experienced. A lot of them were showing up in the fall. That’s way above the long-term average.”

Bear rehabilitation expert Ben Kilham said more could be done to help reduce the number of bear cubs without mothers, including the mandating of electric fences around chickens and livestock and other measures.

“This year, the (New Hampshire Fish and Game Department) asked hunters not to shoot sows with cubs, making mandatory in a year like this would help,” Kilham said in an email interview. “The number of conflict situations might be reduced with a statewide public education campaign to get people to make a better effort reducing food attractants. Ultimately bear human conflict is a human caused problem.” 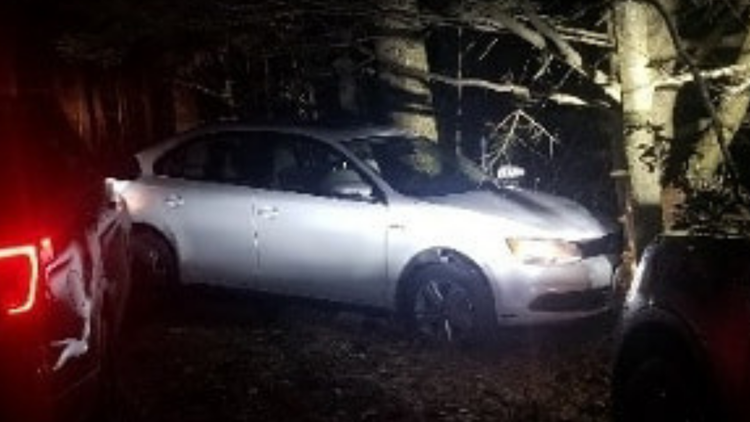 A police dog tracked down a New Hampshire man hiding in the Acton woods after leading police on a high-speed chase.

Police in Rochester, N.H. say the multi-state chase started in Rochester when they tried to stop the driver of a Volkswagen Jetta Sunday night, Dec. 30, but the man refused to stop.

Christopher Landry, 24, from the Sanford/Acton area did not have permission to be driving the Jetta and does not have a valid license, according to authorities.

Landry was later then spotted reportedly driving erratically in Lebanon around 11 p.m. Maine State Police said they tried to pull him over but Landry took off speeding and led police to Acton.

A York County Deputy laid down a spike mat. Although the car slowed down, it continued moving into the wrong lane when another officer was able to use a PIT maneuver, forcing the car to stop. Landry took off into the woods on foot.

Police from multiple agencies searched for Landry, and a Maine State Police canine was able to find him laid out about one mile into the woods.

Landry was evaluated at a local hospital and then taken to York County Jail where he is being held without bail.

Landry was charged with eluding an officer, criminal mischief, reckless conduct with a dangerous weapon, unauthorized use of property, failing to stop for police, violating conditions of release and operating after suspension.

Maine Father stabs son on the side of road 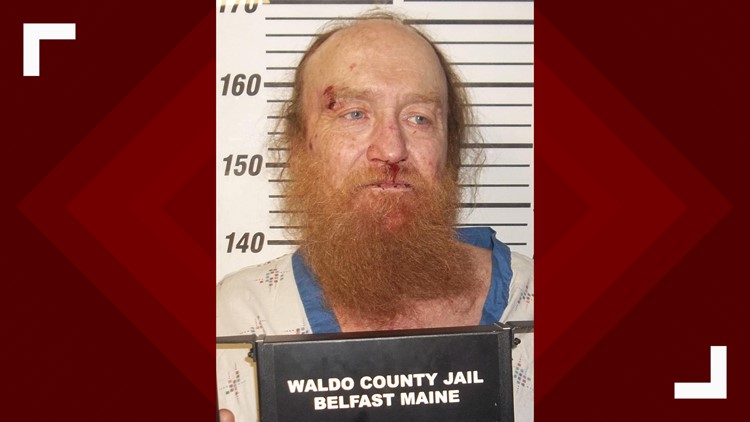 Allen Sanborn, 59, of Lewiston was arrested on Friday, December 28, after police say he stabbed his teenage son.

BELMONT, Maine — An argument between a father and son turned violent in Belmont where authorities say the father stabbed his 17-year-old son on the side of Route 3.

Allen Sanborn, 59, of Lewiston was arrested on Friday, December 28.

Waldo County Sheriff’s Office says Sanborn was driving on Route 3 in Belmont with his son and another teenager when the father and son began to argue. Sanborn stopped the car, the teen got out and the two continued to argue.

Sanborn then reportedly took a knife and stabbed his son in the torso.  By the time a Sheriff’s Deputy arrived at the scene the two men were physically fighting.

Both Sanborn and his son were taken to the Waldo County General Hospital for treatment.

Sanborn is being charged with aggravated assault, domestic violence assault, and criminal threatening with a dangerous weapon.

No bail was set for Sanborn.