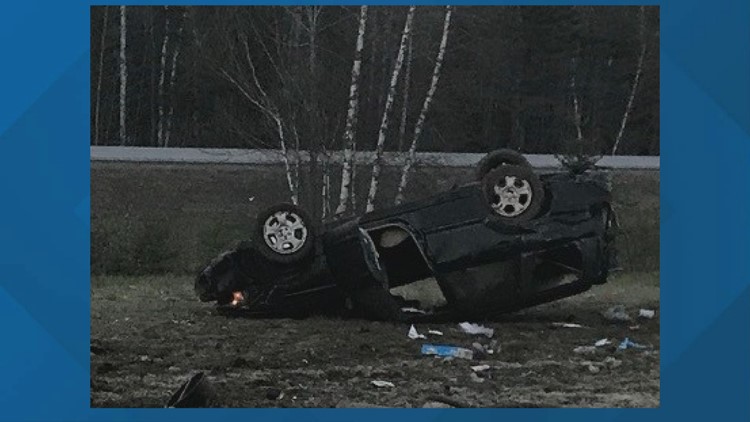 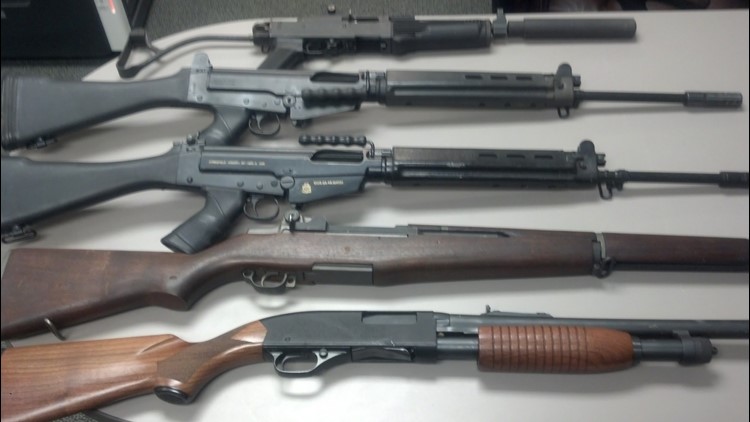 AUGUSTA, Maine — A committee vote Friday left Maine unlikely to move forward on legislation prohibiting the sale of high-capacity magazines, but lawmakers are still weighing other bills aimed at limiting access to firearms.

The bills received dozens of comments at public hearings last week from critics who warned of governmental overreach infringing on constitutional rights, and supporters who say Maine must address domestic violence homicides tied to firearms and rising rates of firearm suicide.

“I think it’s all about access, not taking away guns,” said Democratic Rep. Victoria Morales, a committee member. “Reducing access for those who are most vulnerable.”

Those bills include background checks for private firearm sales, 72-hour waiting periods for gun buyers, and criminalizing leaving unattended a loaded firearm that a child then inappropriately uses. Another bill would prevent the manufacture, import, sale, transfer and possession of 3D printed guns, with certain exceptions.

A Republican, meanwhile, proposes allowing the use of deadly force to prevent death or serious bodily injury to defend oneself, one’s home or another person.

Gun control efforts have long faced steep odds in the largely rural state, where hunters tout a long history of responsible gun ownership. The Democratic-led Legislature could still revive the bills, but such a move is seen as unlikely.

Voters in Maine, which allows licensed owners to carry guns in public as long as they are concealed, defeated a question on universal background checks backed by former New York Mayor Michael Bloomberg in 2016, and Democratic Gov. Janet Mills has said Maine should respect the people’s will on the issue.

We’ll have more clouds than sun, with highs in the 50s today. It will be warmest in central and northern Maine, coolest in southern and coastal Maine, with a breeze coming in off the ocean.

Rain moves in tonight. It’ll be cold enough in the mountains of western Maine for wet snow to fall, and accumulate. 1 to 3 inches of snow is likely in the mountains. As heavier precipitation moves in Tuesday morning, it’s possible the cold rain flips to wet snow even closer to the coastline. Coatings are possible in spots. Tuesday will remain chilly with periods of rain and highs only in the low 40s.

Clouds linger Wednesday with a few showers. Highs in the upper 40s to low 50s.

We’ll see a return to some sun and highs around 60 Thursday.

Have a nice day.

Cathy Pride is a very private person who has been known to keep to herself but family and friends say it is very out of character for her to not be at her Munjoy Hill home. The search for a 63-year-old woman who has been missing for a month continues in Portland. Police say Cathy Pride was last seen in mid-April and was reported missing by her family.

Pride is a very private person and has been known to keep to herself but this time it appears she has not been back to her home for several weeks, according to police. Family and friends are very concerned because they say this is out of character for Pride.

Pride has lived on Munjoy Hill for several years and has no vehicle, cell phone, credit cards and has not accessed her bank account since disappearing.

Pride is known to frequent Katie Made Bakery at 179 Congress Street and a Munjoy Hill yarn shop, both are near her home.

Pride is 5’04”, 200 lbs with gray hair and blue eyes. She wears eyeglasses and may be carrying a backpack.

Police are asking for anyone with information that might help find Pride to call the Portland Police Department at (207) 874-8575.

The decision affects over 19,000 employees in the city. 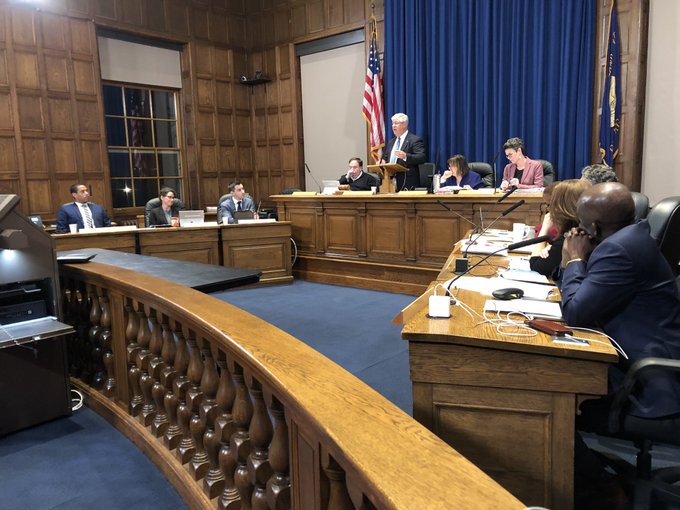 The May 6 decision affects over 19,000 employees in the city. The 5-4 vote comes after a debate that has been ongoing in the City Council for a year and a half.

In February, the Portland City Council’s Health and Human Services Committee voted to adopt the measure, which then went to the full City Council for consideration.

Those in favor of the bill were upset by Monday night’s decision.

“We have fought incredibly, incredibly hard for the Portland community,” said Drew Christopher Joy of the Southern Maine Workers Center. “We will not stop fighting for working class people and for people of color and for women and for trans and queer folks in this city.”

The proposal would have allowed most workers in Portland one hour of paid sick leave for every 30 hours worked, with a maximum of 40 hours, or five days of sick time.

It would have applied to all workers, including part-time, seasonal, and per-diem employees.

Opponents of the ordinance, including small business owners, were worried about cost, saying it may have affected already-existing benefit packages.

That bill has undergone several amendments and is expected to be voted on within the next couple of days.

According to police, the attack happened around 6:30pm on Saturday on a walking path in Lisbon.

LISBON, Maine — According to Police, a family was injured after an animal attacked a family on Saturday evening on the Lisbon walking path near Androscoggin River.

The unknown animal is believed to be a dog or coyote of around 80 pounds.

The animal attacked an 11-year-old who suffered bite wounds to her leg.

The mom of the girl suffered a bite wound to her hand and piece of her finger when she attempted to pull her daughter away from the animal.

The dad suffered minor wounds to his hand when prying the animal’s mouth off his spouse’s hand.

The family dog was with them at the time of the attack was not bitten.

The family immediately fled the area and responded to St. Mary’s Hospital in Lewiston. All three are being treated for their wounds include rabies vaccine.

The Lisbon Police Department would like to warn anyone on or near the walking path to notify this agency immediately if you see any dog that is not with its’ owner, or coyote, in the area by calling 911 or 353-2500.

The police department will be conducting patrols on the walking path throughout the next several days as the investigation continues.

If anyone witnessed this attack or has further information as to the possible identity of the animal or its’ owner, you are asked to contact the Lisbon Police Department at 353-2500.

Police: A fight outside of a ‘large party’ led to one person being stabbed on Powers Road in South Portland 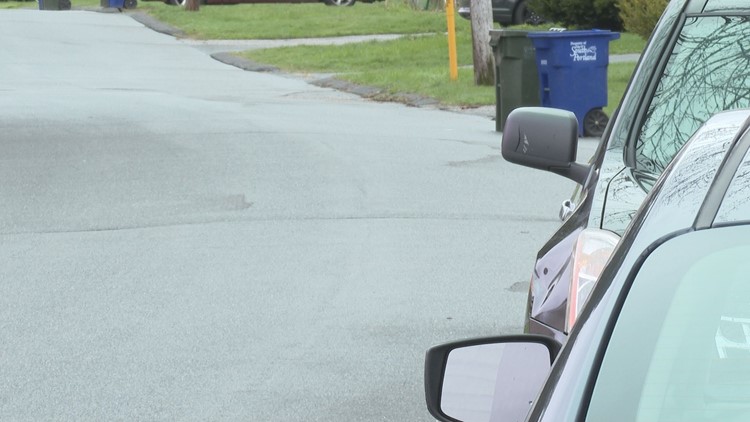 SOUTH PORTLAND, Maine — One person was stabbed early Saturday morning during a fight in South Portland. According to police, the fight started around 3:15 a.m at a ‘large party’ and spilled outside into a yard on Powers Road. 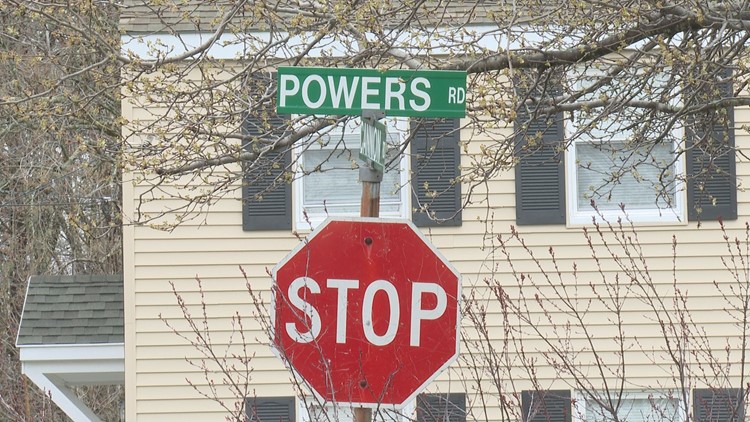 The 27-year-old victim was transported to Maine Medical Center in Portland with non-life threatening injuries. Police say there is no danger to the public.  Witnesses told South Portland P.D. a group of four or five men fled down Cannon Road following the fight. 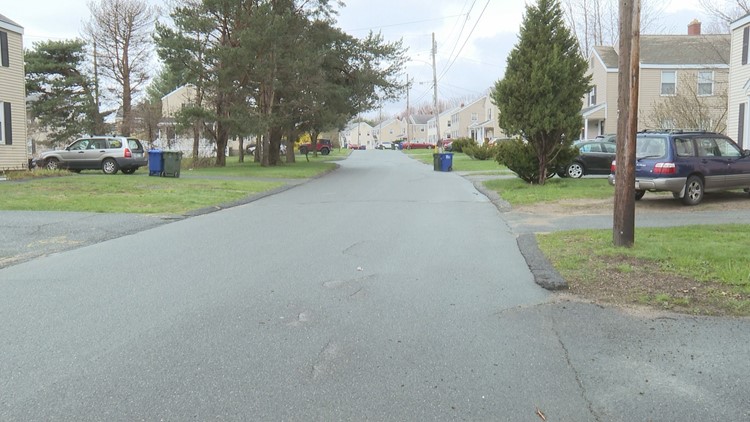 Police are asking anyone with information about the suspects to call (207) 874-8575,
At least it wasn’t a gun. God bless Maine.