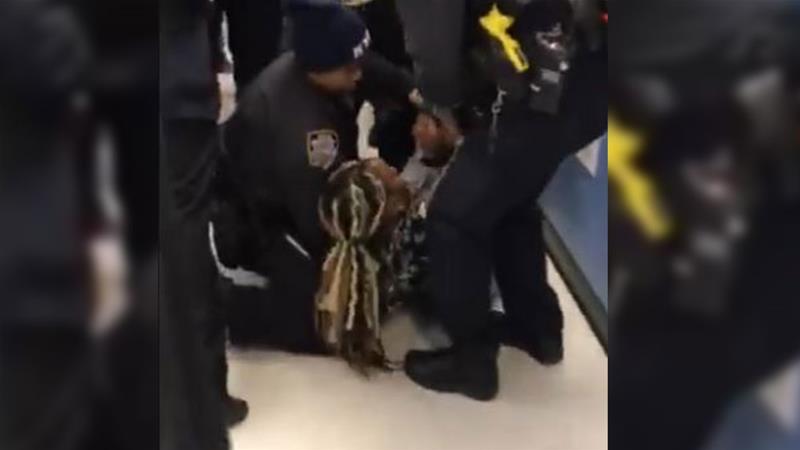 Other customers in the city office shouted at the officers. At one point, an officer can be seen on the video pulling her stun gun and pointing it at people in the angry crowd.

Headley was charged with obstructing governmental administration, resisting arrest, endangering the welfare of a child and trespassing. As of Monday morning, she was still in jail because there was a warrant for her arrest in New Jersey, prosecutors said.

“We did not request any bail and Ms Headley’s hold is in connection with a warrant from New Jersey,” the Brooklyn prosecutor’s office said on Twitter. “We are reaching out to authorities in that state to expedite her release.”

The New York Police Department is investigating. The Brooklyn public defender’s office called on prosecutors to dismiss the charges, asking “why police were ever involved”.

“In our experience, people are often treated abysmally when seeking support from many of the city bureaucracies that are supposed to be helping them,” Lisa Schreibersdorf, executive director of Brooklyn Defender Services, said in a statement that echoed the complaints of public assistance clients.

‘A blemish on our city’

Brooklyn Borough President Eric Adams, a Democrat, likened the officers involved in Headley’s arrest to “Border Patrol police snatching away” a baby. He called the arrest “a blemish on our entire city”.

The Brooklyn district attorney’s office said it was independently investigating and “reviewing all available videos and interviewing witnesses with the intention of reaching a swift decision.”

The NYPD, which called Friday’s confrontation “troubling”, said security guards had “brought the woman to the floor” before officers arrested her as she resisted.

Ferguson disputed that, saying a police officer had forced the woman to the floor.

“This is unacceptable, appalling and heart breaking,” City Council Speaker Corey Johnson, a Democrat, said on Twitter. “I’d like to understand what transpired and how these officers or the NYPD justifies this. It’s hard to watch this video.”

This is unacceptable, appalling and heart breaking.

I’d like to understand what transpired and how these officers or the NYPD justifies this.

It’s hard to watch this video.

There are 3 NYPD officers and a sgt. shown ripping a baby out of the hands of a mother in an ACS office. This was the best plan they could come up with? No threat to anyone, no emergency, just brutal disregard for the well-being of mother and child. https://www.facebook.com/nyashia.ferguson/videos/2165023130216850/ …

A court document said the toddler was just under 18 months old. A family member was taking care of the child, authorities said.

‘Being poor is not a crime’

Democrat Letitia James, the city’s public advocate and the state’s attorney general-elect, said “being poor is not a crime,” in a statement. “No mother should have to experience the trauma and humiliation we all witnessed in this video.”

Assistance recipients are treated as burdens and looked down on, said Karen Blondel, 56, a former client at the Brooklyn office, said.

“It’s absolutely inhumane,” she said, adding that workers should not be judgmental. “It’s about who’s eligible.”

Jeremy Friedman, 32, a massage therapist who has received food stamps, said it’s important to examine the NYPD’s actions and also those of the Human Resources Administration, where he said he was “treated like I’m not even human”.

Jennifer Roman, 33, said she works but has used public benefits for 13 years. She went to the Brooklyn office for the first time Monday after moving to the neighbourhood from the Bronx.

There’s a system-wide problem of disrespect, Roman said, and she was not surprised by what the video showed.

There’s a perception, she said, that “since we need help, we’re no good, we’re scum”.

OLD TOWN (NEWS CENTER Maine) — Police in Old Town say a man has died after being involved in an officer involved shooting that happened Thursday morning.

Adrian Bunker, 37, of Merrimack, New Hampshire was driving a gray Chevy Silverado pickup truck when he was shot by an officer, according to police.

The Attorney General’s office is on scene investigating.

No other details are available at this time. Old Town Police refused to answer reporters questions at a press conference on Thursday.

On January 20th, 2017, Donald Trump was sworn in as the 45th President of the United States of America. Following his inaugural address, as the upper echelons of the American political establishment mingled on the National Mall, several blocks away, a riot was breaking out. A black bloc several hundred strong was wreaking havoc on the streets. The bloc was part of the anti-capitalist and anti-fascist march, one component of a broader day of protests organized under the umbrella #DisruptJ20. Armed with spray paint, crowbars and rocks, this mob smashed windows, clashed with police and redecorated a limo that would eventually be put to the torch. The police repression was swift. Amidst the haze of pepper spray and flashbangs, over two hundred protesters were kettled, and arrested by DC’s Metro Police.

So began one of the most important political trials in recent history. In an effort to set a chilling precedent for anti-Trump resistance, the US Department of Justice charged over 200 people with eight separate felony charges, threatening them with upwards of 80 years in prison. In her crusade to paint the J20 black bloc as one giant conspiracy to riot, federal Prosecutor Jennifer Kerkhoff filed warrants to seize people’s digital data, and entered into an alliance with discredited far-right media outfits peddling doctored evidence. Faced with this repressive array of state power, J20 defendants responded with unflinching solidarity, setting a new standard for political defense in the age of Trump. This is their story.

The J20 defendants still have massive legal bills, so please support them, or better yet, screen this film and host a fundraiser. You can couple it with Trouble #4 – No Justice, Just Us about resisting political repression. 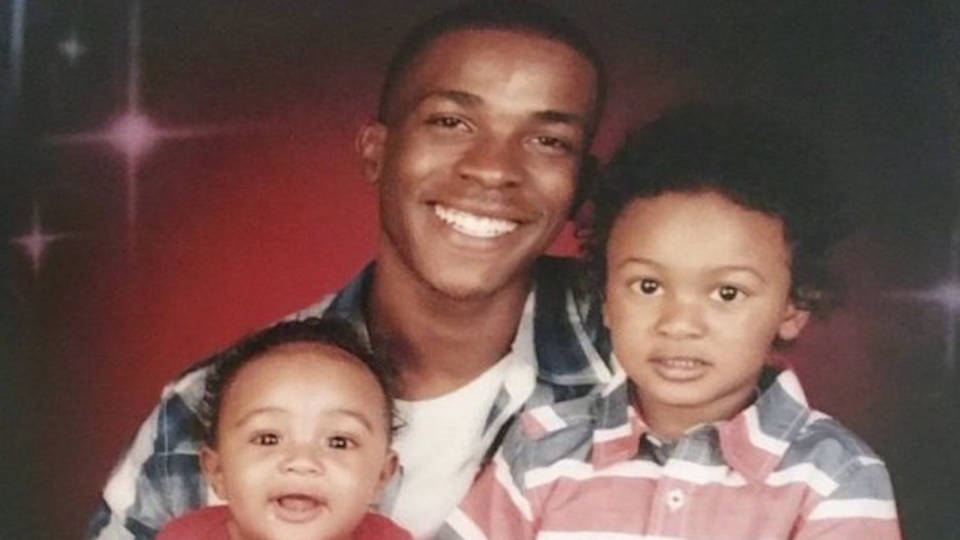 In Sacramento, California, police have released a pair of videos showing the moments before a pair of officers shot and killed 22-year-old Stephon Clark, an African-American father of two who was gunned down in his own backyard. At the time of the killing, officers were investigating a 911 call reporting someone in a hoodie in the neighborhood breaking the windows of cars. One newly released video, taken from a police helicopter, shows thermal images of Clark being pursued outside his home by two officers, who draw their pistols on him.

Another disturbing video, from a body camera worn by one of the officers, shows the moment Clark was killed in a hail of 20 bullets as both officers opened fire.

The Sacramento Police Department says officers waited for about five minutes before approaching Clark to administer medical attention after they shot him in his own yard. The officers initially claimed they opened fire after Clark advanced toward them holding an object they believed was a gun. In a separate statement, the department later said the officers believed at the time that Clark was holding a “tool bar.” Clark was found to have only a cellphone on him at the time of his death.

We couldn’t embed the video itself, but please click on the above link for something wicked.  Really – you HAVE to watch this.