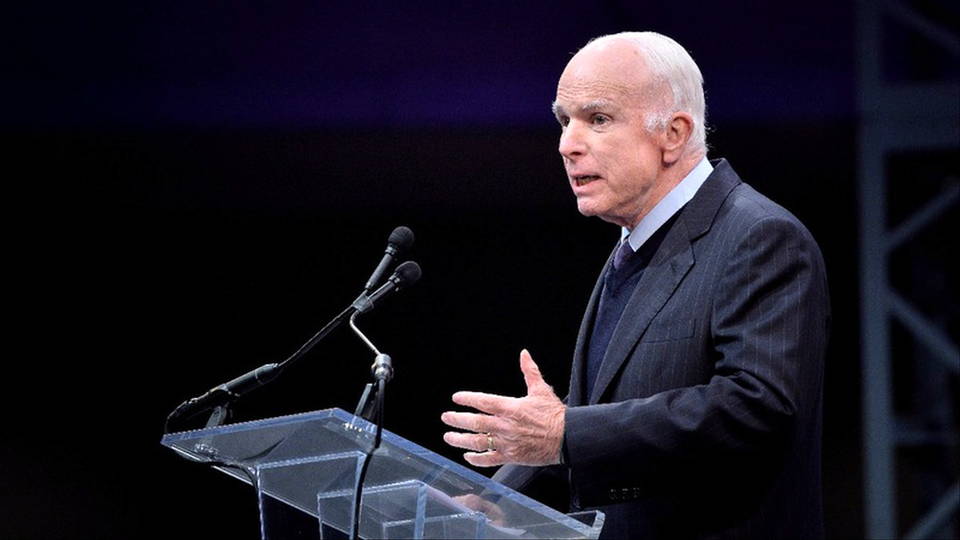 Republican Senator John McCain of Arizona condemned what he called “half-baked, spurious nationalism” Monday, in a clear reference to President Trump’s foreign policy. McCain made the comment during a speech at the National Constitution Center in Philadelphia.

Sen. John McCain: “To fear the world we have organized and led for three-quarters of a century, to abandon the ideals we have advanced around the globe, to refuse the obligations of international leadership and our duty to remain the last best hope of Earth, for the sake of some half-baked, spurious nationalism, cooked up by people who would rather find scapegoats than solve problems.” 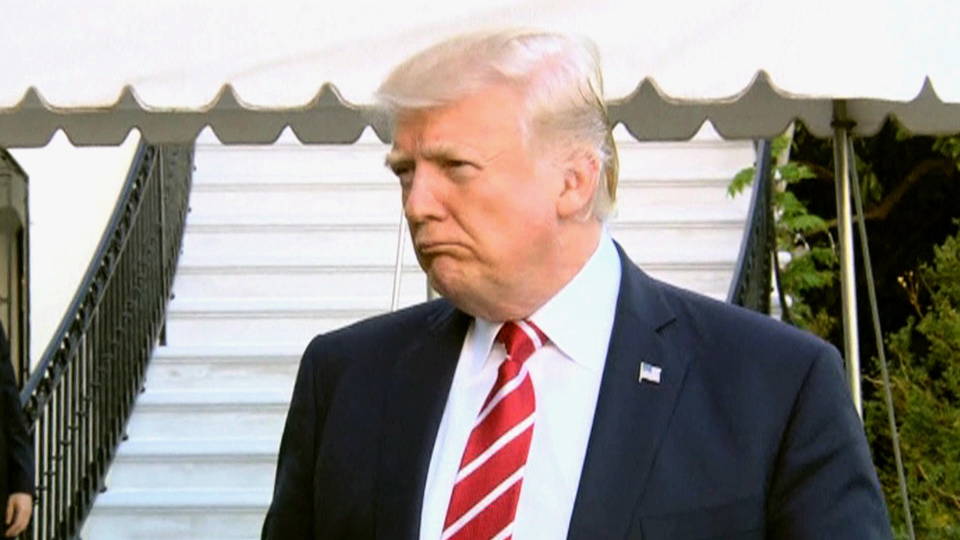 The president’s spat with Sen. Corker came as Trump repeated threats of war against North Korea throughout the weekend, tweeting, “Presidents and their administrations have been talking to North Korea for 25 years, agreements made and massive amounts of money paid hasn’t worked, agreements violated before the ink was dry, makings fools of U.S. negotiators. Sorry, but only one thing will work!” In brief comments to reporters Saturday, Trump was asked to clarify that remark—as well as a cryptic comment he made last week during a meeting with top generals in which he warned about about the “calm before the storm.”

Reporter: “Can you clarify your ‘calm before the storm’ comment?”

Reporter: “What is the ‘one thing’ that will work regarding North Korea?” Meanwhile, more members of President Trump’s manufacturing advisory councils stepped down Tuesday in protest of Trump’s failure to fully condemn neo-Nazis and white nationalists. The heads of the AFL–CIO and Alliance for American Manufacturing joined the CEOs of Under Armour, Intel and Merck, who resigned earlier this week. Meanwhile, Wal-Mart CEO Doug McMillon criticized Trump’s handling of the Charlottesville violence, saying Trump “missed a critical opportunity to help bring our country together.”

President Donald Trump on Tuesday defended his decision to wait two days before placing blame on white supremacists for the deadly violence in Charlottesville, Virginia, last Saturday. During a rambling and angry press conference at Trump Tower, the president attacked anti-fascist counterprotesters, repeating his earlier claim that “both sides” were to blame for the violence.

At the United Nations headquarters in New York, 122 countries have approved a global treaty to ban the use of nuclear weapons, despite the United States leading the opposition to the treaty. In the end, all countries with nuclear arms ended up boycotting the negotiations. The historic vote now means that within two years there could be the ratification necessary to enter the treaty into international law. President of the U.N. conference, Elayne Whyte Gómez, Costa Rican ambassador, said, “This is a very clear statement that the international community wants to move to a completely different security paradigm that does not include nuclear weapons.

The G20 summit closed in Hamburg, Germany, on Saturday with all 19 countries except for the United States signing on to a declaration calling the 2015 Paris climate accord “irreversible.” Multiple world leaders condemned President Trump and the United States for being the sole G20 country to break its commitment to the Paris deal. This is British Prime Minister Theresa May.