A 35 year old man was partially ejected and died at the scene of a crash early Saturday morning in Wayne. 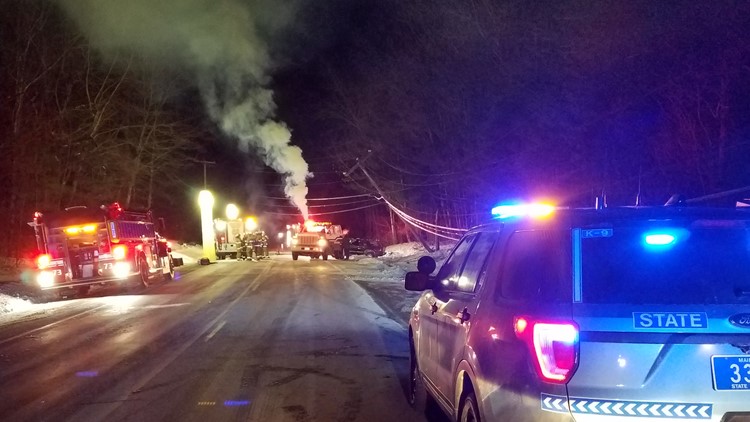 PORTLAND, Maine — State Police believe speed played a role in a deadly crash that partially ejected a driver in Wayne. Troopers say 35 year old Michael Fitzherbert of Hartford was driving north on Route 133 around 1:30 Saturday morning when his 2001 Chevy Blazer went off the right side of the road, hit a utility pole and ended up on its roof.

Troopers say Mr. Fitzherbert wasn’t wearing a seat belt and was partially ejected from his vehicle in the crash. He died at the scene.

The crash knocked out power and CMP crews worked in subzero temperatures to get it restored as soon as possible. The road was closed for three hours for the investigation.

The Dover Police Department is investigating the death of Nathaniel Boily, 12, in N.H. for what they say appears to be an accidental drowning after school.

DOVER, New Hampshire — The Dover Police Department and Office of the Chief Medical Examiner are investigating the death of a 12-year-old boy in Dover, N.H.

Nathaniel Boily was last seen in the afternoon Thursday, January 31 when he left Dover Middle School at the end of the school day. Police say Boily’s family contacted their department when he did not return home, starting a missing persons investigation that continued through the night.

On Friday morning, police’s investigation led them to Bellamy River in the area of Back River Road and Central Avenue in Dover. Evidence indicated that Nathaniel had fallen through the ice of the river, according to a release from the Dover Police Department.

The New Hampshire Fish and Game Department’s Dive Team responded to the scene and found Nathaniel’s body in the water around 1 p.m. Friday. He was pronounced dead at the scene.

The Office of the Chief Medical Examiner will continue to investigate the cause of Nathaniel’s death, but authorities say at this point, it appears to be an accidental drowning. An autopsy will be conducted in the coming days.